Jaime Gomez Arellano is a highly professional producer and audio engineer based in the UK. After years of struggle and hard work, he is now an experienced professional. I had the honor of inviting him for an interview with Musixon to spread out some beneficial knowledge for our community.

Initially, I wanted to know about his fancy and beautiful recording studio, combined with top-end audio pieces of equipment, so I decided to ask him about that. 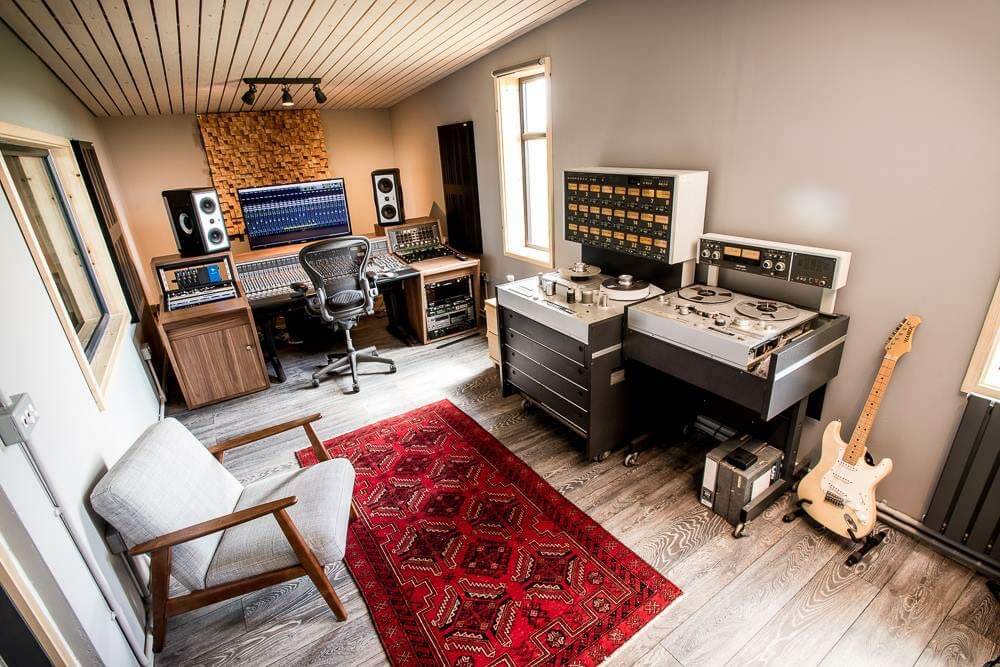 Jaime Gomez Arellano has a beautiful and professional studio. How long it took you to make it?

“Thank you! It’s been a long journey. I came to the UK at age 17 with a suitcase and a dream. Then I did a degree at SAE London, and my first studio setup was in my bedroom. My studio setup was just a laptop with a pair of Yamaha multimedia speakers.

I kept working, saving, and investing in equipment. Eventually, I moved to a flat that had a basement, so that was the first time I had a dedicated space for work outside my bedroom.

My goal was always to have a recording studio in the countryside, so I worked hard, got better, saved up and two and a half years ago I built my current studio. I wanted a space that was inspiring both for my clients and me. In short, it took about 16 years.”

His journey of reaching out to where he is now is undoubtedly a significant challenge to step in. I wanted to see what made him decide to put all his afford into it.

What made you step into music production and engineering?

Somehow I managed to plug the output of the mixing desk into a cassette deck, so I was able to record. I started recording demos for my own and my friends’ bands. I was also lucky to have a friend/bandmate at the time who was older than me and was already making live sound, so he’d take me out to shows and teach me stuff. He’s now doing arena tours around the world with artist J Balvin as FOH (thanks John!).

After that my interest in recording and production increased and I decided to come to the UK to do a degree in sound engineering.” 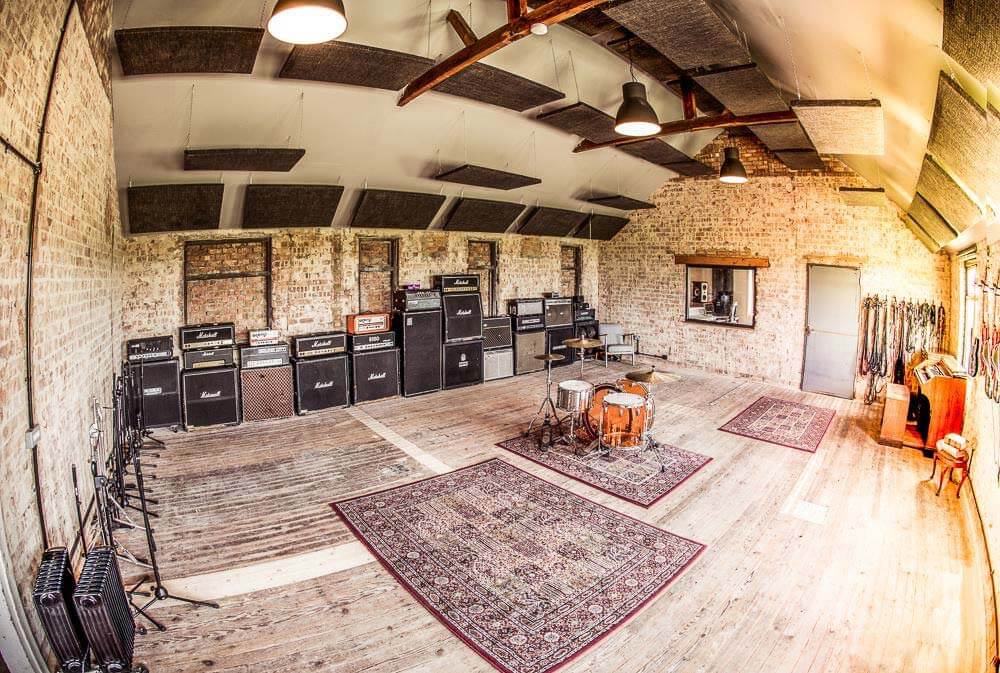 As Jaime explained, he started with hanging and working with bands which could lead him to learn new things and get inspired. We all need those inspiring people that help us through. Jaime’s friend, John, seemed to have an impact on his mission.

When you work on productions and mixes, do you ever think of becoming an artist your self? Why?

“I am an artist myself. I’ve played in a few bands that have had some success (record label, touring). My passion is making music, and I think being in a band and a musician helps you as a producer/engineer.”

It’s fascinating to me that a lot of producers and engineers begin as a recording artist or within a band. I have had the same experience of starting my career as a Rapper. I believe in no limits in music; thus, it seems reasonable if an audio engineer turns into a rockstar or the opposite. The waves in music take you somewhere, a place where’ you’d love the most.

After all, I then asked Jaime about some technical matters.

Please tell us about the audio plugins you use the most.

“I’m more of an analog guy, but what I use the most is Slate Digital, Fabfilters and Soundtoys.”

Which types of artists do you work with more quickly and smoothly? In terms of genre.

“I think the genre doesn’t matter. My ideal type of client is the one that’s open to experimentation and is not scared to not sound like everybody else.”

Ever been so stuck on a mix that you started to doubt your skills?

“Yes, it happens. Moreover, I think it’s okay. That means that you care about what you do and push you to get better. It doesn’t feel great at the time, though.”

I could tell he’s an analog guy from all those pieces of equipment in his studio, but not everyone can afford to buy those, so I decided to know about his favorite plugins.

His opinion on his favorite types of artists to work with was very accurate. Unfortunately these days, many artists are scared to try out new things. They mostly want to follow up on what everybody else is doing. It would be better just to get inspired by what others do.

Technology has helped us to shape our workflow, and we try to get the most out of it. I wanted to know Jaime’s point of view on different aspects of it.

How often do you work online without ever seeing your client?

“90% of the time, I mix and master on my own. I send mixes online and get feedback. If it’s a complex mix or the artist is having difficulties conveying their vision or understanding why I’m doing something in a certain way, I invite them to come for final mixes usually 1 or 2 days, but sometimes more depending on the project.” 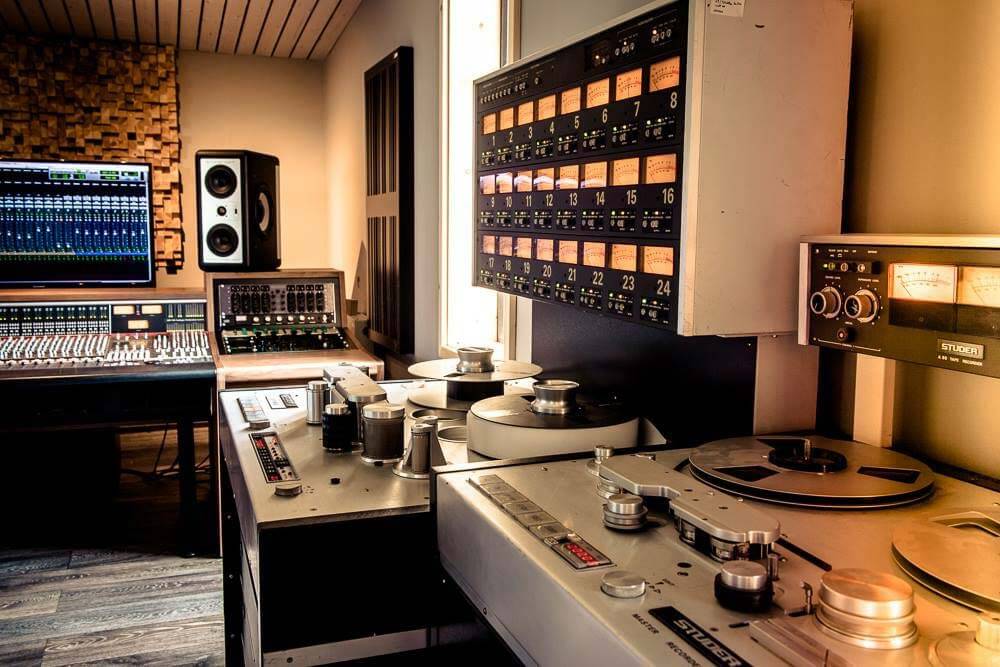 We want to know your response to people who complain a lot about the music business these days. The changes.

“It’s tough, and there’s never been more competition in this business as there is now. Except if you want it enough, you work hard; you get better and ultimately if you’re you and create something unique; you’ll always have clients walking through the door.

Making money isn’t the goal for me to do it; it’s just what I like doing the most. If you want to make money, then it’s better to go for a career in tech/banking industries. It’s a blessing for me to live a comfortable life these days out of the music business, but it took a long time, and there were periods where I didn’t even have money to pay rent and therefore ended up without a home at some point.

I also think I work more hours than most people I know. So be prepared to work hard for many years. Having said that sometimes people get lucky and go from zero to 10 in less time.”

How do you feel about technology getting involved in your business? Services that provide audio mastering getting done by a machine. Share your thoughts, please.

“I wouldn’t bother. Based on the software I’ve tried that has similar functions, the results are very “not-so-hit and miss.” I do much mastering (in fact my business started as mastering suite “Orgone Mastering”). I think a machine can not replicate the human and personal touch. I’m sure people can get a good result at a very competitive price, but I’m sure a real ME with the proper equipment can do better.”

To me, it’s always been challenging to have a balance between my job and personal life. I wanted to know how Jaime does that and get some general ideas about his lifestyle.

I see a lot of musicians and producers suffering from too much work that affects their personal lives; I am in the same situation. Does your job ever change your own life? Like your relationship, friends.

“Yup. However, in the last few years, I’ve been trying to make more time for myself. Having time to rest is as important as your work time. It’s easy to burn out, and that has no benefit in your health or quality of work.

That’s good to establish boundaries with yourself. I try not to work more than 10 hours a day these days. It doesn’t always happen, but at least it’s good to have that in mind. These days I also tell bands that I need one day off per week. I used to work just seven days non-stop.

Also, in the last few years, I’ve been trying to keep my tracking sessions from 10 am to 6 pm instead of doing crazy long days. I’ve found that this is more effective than before; everyone rests enough and gets more focused.”

Also, read the “Interview with Louis Henry Sarmiento” for more data on personal life of musicinas and producers.

How many hours do you sleep a day? Also, are you a night-owl?

“I like sleeping 7 hours a night. Plus no, I get up at 7:30 am every morning. Back then, I used to be more of a night owl, but in the last few years, I enjoy getting up early. I’m very productive in the mornings and sleep quality is meant to be better if you go to bed around 11 pm they say.”

Do you have a part-time job besides music?

“Not at all. I usually work 60 to 80 hours a week as it is. Running the business itself is time-consuming, too (bookings, emails, contacts, accounts, maintenance.).”

The main difference between musicians-artists and other people?

“I would assume that artists are generally more sensitive than “normal” people, which has its advantages and disadvantages at work.”

After all, I aimed to talk with him a bit about Social media and personally, his feedback on Musixon.

“Mostly, I’d prefer to use Facebook to keep in touch with musicians and music industry friends. It has become another way for clients to talk to me about work, which I think it’s not ideal because it’s harder to keep track of conversations.

Though I prefer email for that 100%, it’s great to see what people are doing and read what industry people are saying. Instagram is good for fun, and I think it has attracted a younger audience over FB.”

About the Musixon page. How’d you find it first and please let us know what you think about it? We’d love to hear some criticism.

“I saw it on Instagram and liked that it wasn’t all about “fancy studios” but also cool little and sometimes humble spaces. However, it was my friend Ivo at Sotirov Music who talked to me about it. The website itself features some pretty cool interviews; To me, it’s always great to read how people are working and so on.”

Your comments matter to us.