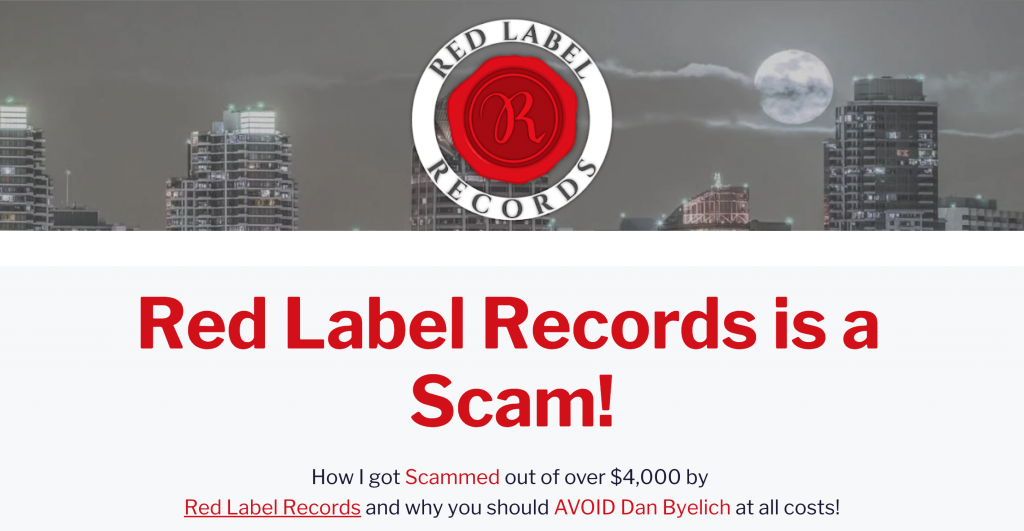 We were recently contacted by one of our followers in relation to a public service announcement around record label “CEO”, Dan Byelich. Dan also raps and produces under the moniker “D. Lynch”. Usually, we take these accusations fairly lightly, however when presented with the evidence we felt it was important to bring this to the attention of the wider audience.

It seems as though face t has been defrauding the community through claiming to have contacts with major artists and record labels, creating contracts that he doesn’t honour and convincing the artists/producers to send him money in return for creating/recording/producing a track with the artist (in this example, Joyner Lucas) on them. The contracts appear to be well written and for all intents and purposes; legally binding, however that doesn’t seem to matter to him after he receives the funds.

We’re definitely leaning towards this whole business model being a scam on our side, but we’d love to hear your opinions. There is a link to the entire article below, containing screenshots of contracts, communications between Dan and the other party and even a video of Dan claiming he produced “Killshot” – the recent Eminem diss fired towards MGK among other extremely concerning claims and actions.

We’ve also been informed that this isn’t the first time Dan has done this. Apparently this is a frequent occurrence within his “business”. He’s based in San Diego, LA, so be sure to share the story and let any unsuspecting aspiring musicians know that they should proceed with caution, if at all.