How to properly mix your drums

Home/Tutorials/How to properly mix your drums
Previous Next

How to properly mix your drums

Mixing drums can be seen as a very difficult task but it isn’t.  The key here is to see the drums as one instrument that has multiple microphones that give us different perspectives on it.  So, keep in mind that your kick sound, snare sound, toms sound are not 100% isolated from each other as they would be when using sampled drum sounds.  On a real drumset, all the drum sounds depend on each other.

Let’s start with the most important aspect of the mix.

Most people usually start with the kick drum.  I prefer to start with the overheads.  Overheads are capturing the whole drumkit, obviously, the cymbals are going to be louder because they are closer to the mics but that’s what we have the close mics for.  First, I listen to the overheads and listen to the room sound that was captured in them.  If I hear any room problems in then I will try to eq it out, trying to make the least amount of damage as possible to the overall drumset sound I’m getting from the overheads.  I start with a hard left and hard right panning to get the true stereo image of the physical placement of the microphones and pan the close mics to match their position according to the overheads.  Later on, I might change the panning if needed.

After getting the overheads cleaned up a little (if they needed to be cleaned) I’ll turn up the kick drum until I achieved the presence I want.  I do the same with snare, toms and close mic’d cymbals such as hi-hat and ride.  At this point, the only eq I’ve made is on the overheads if it was needed at the beginning.

The first step here is to have a low cut or high pass filter to get rid of the lows.  This is where the kick drum lives and we usually want a tight kick drum sound.  Getting rid of the excess lows in the overhead mics will let us have more presence and a cleaner kick sound.  I will usually not compress the overheads unless the drummer doesn’t have a good dynamic control.  In the event, I have to compress the overhead mics so I will send both tracks to a stereo aux channel and use a stereo compressor to keep the coherence of the stereo image.  I will use a very low ratio (2:1), very fast attack and very fast release.  The threshold I will adjust until the compressor starts reducing the gain when there are drum hits.  I don’t want this compressor to affect the cymbals.

Now that we have cleaned up the lows on the overheads we will have our kick clearer and more present.  Depending on the music genre you are working with you will want to add more attack with an eq boosting the 3k-5k range and reduce the mid frequencies a little to give it more roundness in the 700hz-900hz range. Adding sub lows such as 50hz is also good in some cases.  The compression on the kick can be a bit more aggressive with a ratio of 3:1 as a starting point.  With the kick drum, we want it to have attack and punch so we must use a slower attack.  I always start with 10ms and tweak it until I like the attack.  For release, I like a medium to fast release to bring out some of the sustain.  I’ll start with a 150ms release and tweak it according to taste.  Keep in mind that the kick and the bass will occupy the same frequency range so it is possible that you may have to make further changes to its eq and compression when adding the bass to the mix.

Toms will have a lot of bleed from the cymbals so I will just cut out all the bleed out and leave only the top hits.  This has given me better results than gating the toms.  I see the toms as smaller kick drums.  Since they are higher in the frequency range I will use a low cut filter to get rid of whatever is not needed.  On a high tom, I will have a starting point at 100hz and check if I need it to be higher or lower.  This will depend on the tunning.  For the low tom I will have a starting point at 80hz and for floor tom, I will start at 60hz.  I will also clean up the mids on the toms because I want them to sound as round as possible.  On high and low tom I will check the 500hz to the 800hz range and for floor tom, I’ll go lower to the 300hz-700hz range.  Sometimes it’s also nice to add a little bit of the drum tone or note with the eq.  I usually find these notes very close to where I have the low cut frequency dialed in.  For example, on the high tom, if I low cut it at 150hz, I’ll usually find the note of the drum around 160hz.  These are all starting points.  It’s always good to sweep the eq and stop when you listen to something you like.  Now, when it comes to compressing the toms I usually use a very fast attack and a mid to fast release.  I want less attack and more roundness than the kick.  I start with a 2.5:1 ratio, 1ms attack, and 150ms release then tweak until I hear what I want.

Again, the snare is a more complex drum which usually has two microphones: top and bottom.  On the top mic we will have all the attack of the drumstick and on the bottom mic, we will have the snare wires sound.  My usual processing for the top microphone is a low cut filter starting at 80hz and a high cut filter starting at 10k.  We don’t want any low rumble and we don’t need all the highs that bleed in from the hi-hat.  We can get our highs from the snare wires.  On this mic, we are looking to get the attack and ring of the skin so we can boost the 1k-3k range and we can add a bit of body down in the 100hz-200hz range.  With compression, I’ll use a 3:1 ratio, 10ms or slower attack and 150ms or faster release.  Now the bottom mic is a completely different world.  Here is where we get sustain and highs for the snare sound.  With this mic, I will start to compress it before eq.  I’ll have a 3:1 ratio, 1ms attack and 150ms or faster release and crush it.  After I get the compression I want I will use a gate ‘before’ the compression because I don’t want any of the lower level noise now boosted by excessive compression to trigger the gate.  I’ll get the gate to open with every snare hit and will adjust the release of it so that the sustain of the snare wires is in tempo with the music.  Now its time to eq it.  I will place an eq ‘after’ the gate and ‘before’ the compressor.  I don’t want the eq to trigger the gate but I do want the compressor to affect the eq moves.  I’ll clean up the mids around 500hz-1khz, boost the highs with a shelf eq around 8k and cut the lows starting at 80hz.

The first thing I’ll do is get rid of all the lows.  We don’t need lows on a hi-hat so I’ll start cutting around 200hz and will probably go very high on this one.  Just sweep the low cut until you hear the hi-hat sound is being affected and roll back a little.  I will also clean up the mid range.  In this case, the midrange will act as the lows of the high hat since it’s such a high-frequency oriented sound source.  I will start around 800hz and then I’ll check the 5k range to smooth it out a bit.

Like the hi-hat, I will first cut the lows starting at 100hz.  Then I will check the 400hz range to get rid of any ‘gong like’ sound and boost the 3k-5k range to add more of the drumstick attack if needed.

Remember all of these frequencies that I’ve mentioned are starting points and may vary according to drum, cymbal size, skin type, drum shell construction.  Also, keep in mind you will have other instruments in the mix interacting with the drums that will probably make you retweak the drums further. 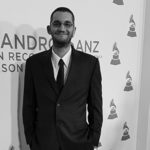