Home/Interviews/Interview with Sam Pappagallo
Previous Next

Hi Sam, thanks for taking the time to chat with us.

Tell us a bit about yourself, your production style and what got you into the studio production world.

My name is Sam Pappagallo and I run Screaming Parrot Studios, which is a professional home based studio located in Pottstown PA which is about 35 miles outside of Philadelphia. We primarily work with pop rock, pop punk, and heavy rock music, but can record singer-songwriter, metal, hip-hop, and rap. As an engineer, I started off in the hip-hop and rap scene but then shifted gears to what I am working with now. I write film scores and do music cues for a company called MusicForTV.

I got into recording because I wrote a song back in high school and wanted to record it so I bought an M-Audio Fast Track Ultra interface, a copy of Pro Tools, a Shure SM58 and SM57. I had no idea what I was doing and it sounded terrible but I loved the process and that is where my journey kicked off. 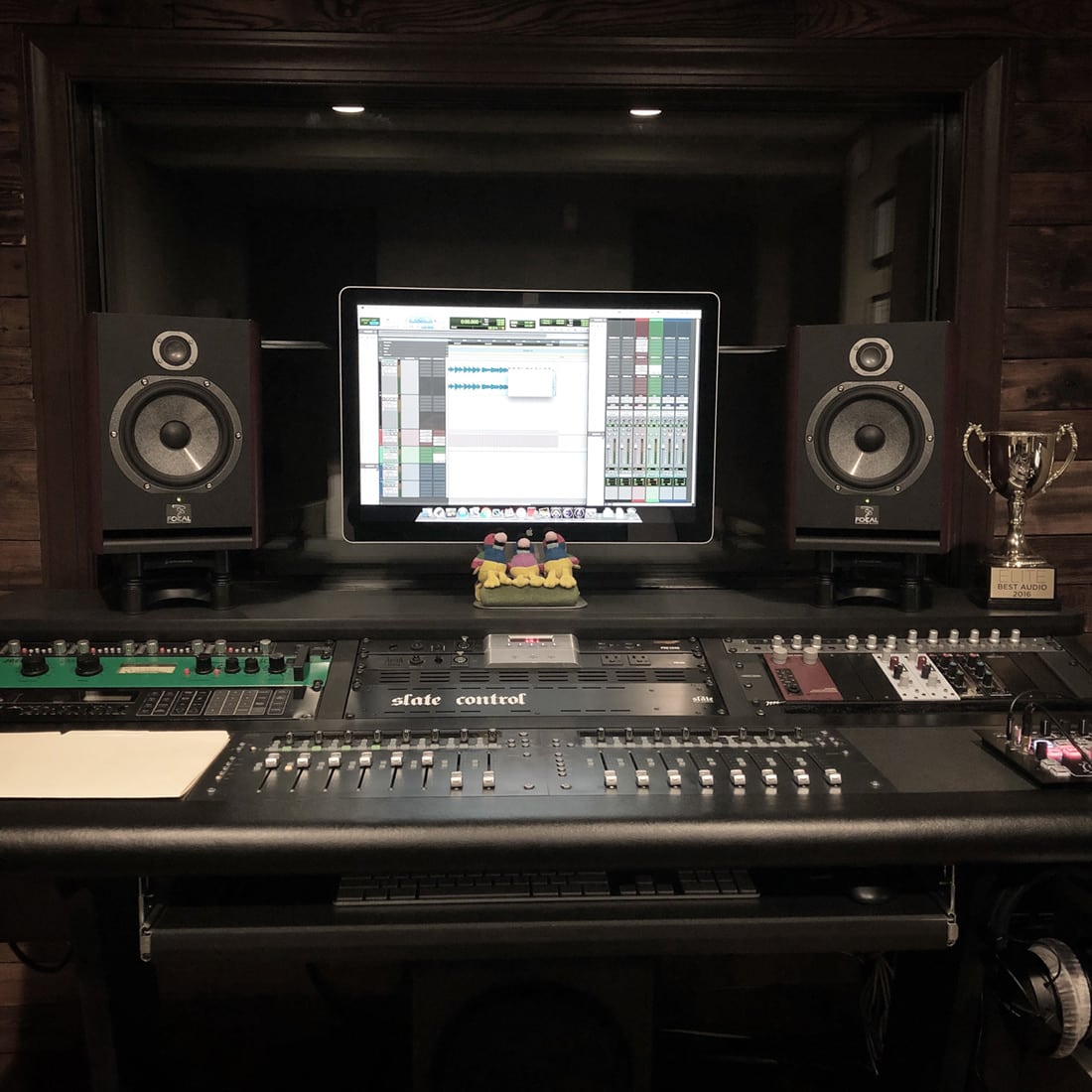 Location of your studio, how long you’ve been running it, did you build it yourself, and anything special/unique/interesting about it.

Screaming Parrot Studios was originated in my hometown of Buffalo NY on August 6th, 2012 and in April of 2016, relocated to Pottstown PA which is 35 miles outside of Philadelphia. The studio was built by me and my dad in the townhouse that I live in. Before we did any building, I sat down with a few acousticians to make sure that the rooms that were being built we able to produce accurate mixes and top-notch recordings.

What is your favorite piece of outboard equipment and why?

My favorite piece of outboard gear has to be my Slate Control. I like it because there are a lot of routing options, which are perfect for my workflow. It also helps that the conversion on it is very nice and clean. I bought it used spur of the moment because I need something with talkback and a volume control. The deal was just too good to be true so I made the purchase. Once again, Steven Slate delivered with an awesome product. 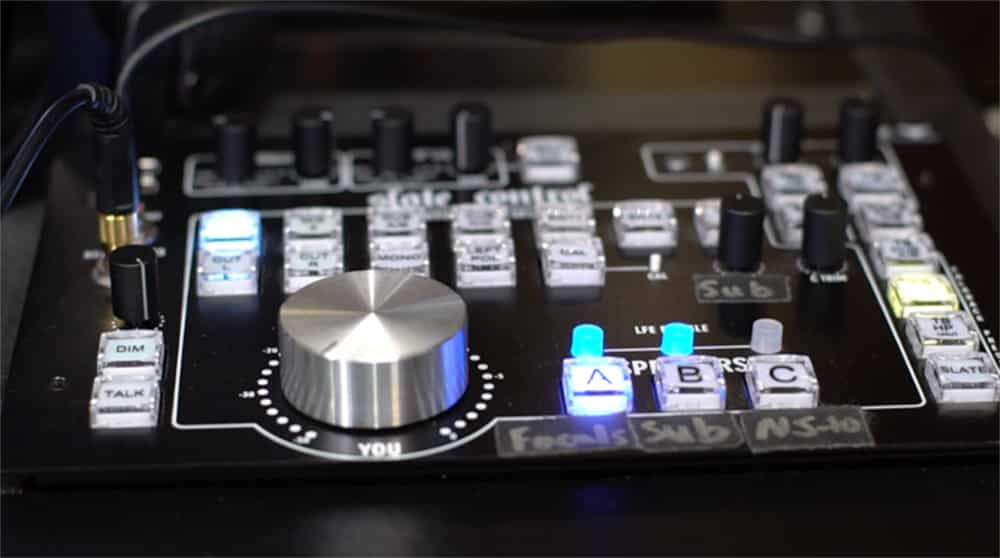 What is your favorite plugin and why?

My favorite plugin has to be Brainworx Digital EQ because it has so many options that allow me to use it as an M/S EQ, Stereo Imager, and much more. It always is on my master bus as an M/S EQ, Mono Channel at around 120Hz depending on the genre, and a touch of stereo widener. The stereo widener option sounds really natural if only used subtly and doesn’t have that phasing sound or leaves artifacts. The real beauty of this plugin is that you can use it efficiently at every stage of the production process whether it is recording, mixing, or mastering. 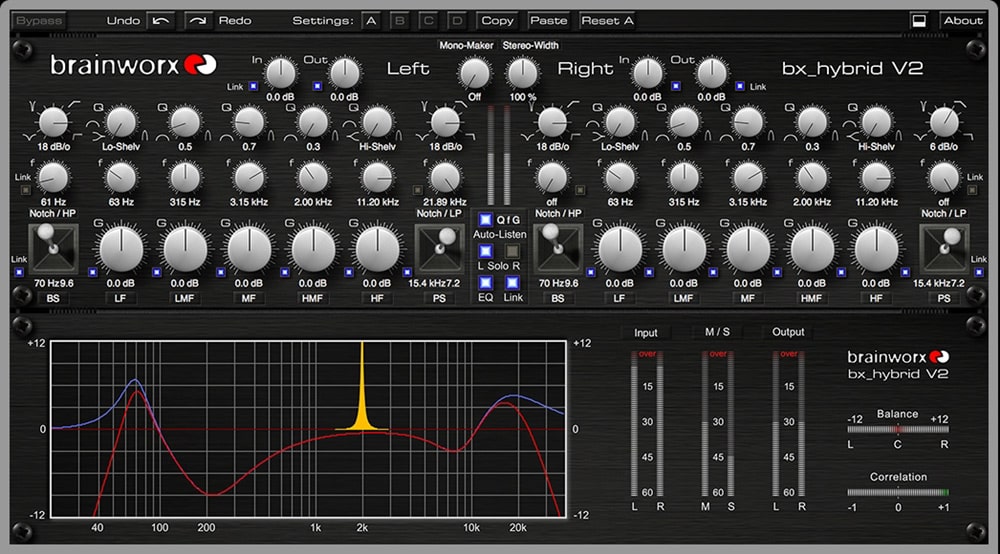 Your DAW and why that specifically?

Although I do use Logic and Reason, all projects in some way shape or form go to Pro Tools. I love the layout of Pro Tools and I have been using it for years so it became comfortable for me to use. I am also Pro Tools certified so I love to put that certification to good use.

Anything you can’t live without?

Since I first learned audio in a live setting, I naturally need to have access to real faders and because of this, I need to have some kind of control surface since, I don’t have an analog console yet, that allows me to grab faders and make super quick creative mixing decisions rather than use a mouse to make one adjustment at a time.

Can you tell us about your most interesting studio experience?

The creative process is a beautifully chaotic process and in the studio, both the beauty and chaos can become very noticeable. I once had a band recording a single with me and the frontman of the band and myself wanted to have some variation with drum parts and the drummer was just so dead set on the part that he wouldn’t play anything differently. It’s not like the takes were bad but could have been a little more dynamic and that is what we wanted to draw out of him. To get him to that spot mentally, we ended up annoying the drummer until he was so mad at us that he didn’t want to talk to us. He used that amount of frustration to play an almost completely different part one time, which ended up making it onto the track. The most beautiful aspect of that take though was the fact that I only had to make 12 slight timing edits for the entire 4-minute song. I personally cannot be creative with that type of mindset but I learned that there are so many different ways to bring out the creativity in anybody and as a producer/engineer, that is my job.

I have run the front of house or monitors for artists such as Adam Blackstone, Darrell Robinson, Curt Chambers, and Phil Keaggy, but in the studio, the biggest name I have worked with is Brosef Gordon-Levitt which now has the name Bravado.

What is the biggest faux par in the studio?

My biggest faux par is not necessarily in the studio, it is with studio engineers. That is having the mentality that you cannot create a good product because you don’t have the best gear that the multi-million dollar studios have. While having excellent microphones and preamps are great, they won’t help you if you do not have the ear and proper tracking space. I have heard some drum recordings with tens of thousands of dollars of equipment and they sounded mediocre because the drums were not tuned properly, there were some phasing issues and the tones from the kit sounded rather dull. That whole drum recording was replaced with almost all triggers. A good engineer knows how to work with what is provided to make a product sound top notch.

Advice/recommendations for anyone thinking to get into the music industry as a Producer/Mix Engineer.

If I can leave some words of advice for anyone that is thinking of getting into this field, it would be this: Never stop learning, stay humble, learn theory of how and why things such as EQs and Compressors work not only what they do, mix as much as possible and make the mistakes but learn from them, and most importantly, use your EARS to mix and make sure you have a logical reason as to why you are making your mix decisions because a lot of times, fewer plugins are better.

Biggest influence and why?

My top 2 biggest influences are Chris Lord-Alge and Daniel Robert Ford. I love Chris Lord-Alge’s mixes and his philosophy on mixing is unique because he knows his sound and style. I have learned the most from Daniel Robert Ford when he did mixing seminars on Pro Studio Live but now he works out of Sound Kitchen Studios in Nashville. I kept in touch with him and he continues to make me think about mixing in ways that I never thought were possible.

I always have 15% off to any first time client that works with Screaming Parrot Studios whether it is recording, editing, mixing, or mastering. I have numerous bundles and packages that can help artists get top-notch production on their music without breaking the bank. I will give artists an extra 10% off that get in contact with me from seeing this interview.

Artist, you’d most like to work with and why?

That is a tough one. I really would like to work with Paramore, Alter Bridge, Johnny Craig, Picturesque, or Tilian Peterson but if I had to pick one, it would be Alter Bridge. I love their music, their sound, and their creativity with music. I also feel like I would learn a thing a or two in the studio while recording with them as well as hear some great stories.